A few weeks ago my car was booked in for a service.

I booked it when I took the car in for a recall repair. When I booked the service I remembered how keen I was to get it booked and leave as the man I was dealing with stunk of cigarettes and it was making me feel ill.

He was a real pain, I asked for a Wednesday morning. I discussed various times that I could get there, and he just kept saying no. He was not helpful at all. In the end I was under pressure to get it booked to keep my warranty. 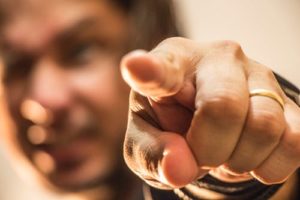 I booked the same Wednesday we were discussing for the afternoon at 2pm.

It’s a 45 minute drive for an appointment that lasts for 90 minutes. A huge disruption for me, but I booked it.

On the Monday I called to check it was definitely a 90 minute appointment as I had to leave by 3.30pm.

At 2.20pm this same man came to me to tell me that the car would not be ready until at least 4pm, before catching a breath he then told me ‘there is a problem as the call centre booked your car in and they double booked you’.

Well that was it for me, I was like a red flag to a bull. He has lied. I booked it with him.

I told him he booked it and he went into battle with me that it was not him. I told him he did, the date and time it was booked, where he was sitting and that he stunk on the day. He called me a liar!

He repeated the same story. I had now officially lost the will to live. I was leaving and never returning. (I have since been to another garage further away and had my car serviced!)

I know that in day to day practice situations with patients can quickly escalate and get out of hand. The main problem is that you do not think of the patient, you think of excuses you can make, you are trying to remember the fake story you have been told to communicate instead such as “the lab have messed up” rather than “we forgot to post it on the day of the impression so the lab can’t get it back in time”.

The other problem is that you are reactive and not proactive. This was my point to the garage, why don’t you look ahead? Why wait for the moment to arrive to see you have a problem?

The same applies in your diaries, you should be constantly looking ahead and reviewing the diary to spot problems, including the patient that you know is always late. Don’t let them be late and mess up everyone else’s day, call them and let them know that you do need them to be here by 2pm the next day, or 1.55pm as you need them to fill in forms.

Back to the patient – when things go wrong first of all think of them. What have they booked after this appointment? Where do they have to be? How difficult was it for them to be there on that day in the first place? If they have made a huge effort then you need to too, by being honest.

There will always be days when it goes wrong, systems fail us, but when they do do not blame people that actually have nothing to do with it, be honest instead and the patient will respect you a lot more for it. Lies have a way of catching up on you, we do not forget little things and patients won’t too!