There is nothing worse that a disgruntled patient, customer or client. Many uncomfortable conversions occur due to an expectation not being met.

Of course there are many people that in true British style say nothing and get on with it yet complain like crazy to everybody at home! 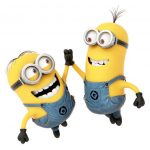 We know that patients’ complain at the desk about late running dates, but are nice as pie to the dentists when they are called through.

I am different, and I can confidently say that Michael is the same. We are our out spoken and clearly communicate if we are unhappy.

I remember a couple of years ago when Mike and I booked into a lovely hotel in Newcastle. We checked in, came down to meet each other for dinner and were both unhappy with our rooms. We had stayed in this hotel before so we knew what to expect. The problem was that we were allocated disabled rooms. The rooms were not in the same style and were a real let down. We had arrived late so presumed we were given the last rooms available, and that turned out to be the case.

On Tuesday this week I had a phone call from the hotel I was due to stay in on Wednesday night. They left a message to say that the room I had been allocated was a disabled room.

I called back and spoke to a different member of staff who was able to communicate clearly that I was in a disabled room and they wanted to let me know that the bathroom only had a shower and it was quite large. They reassured me the room was the same as every other room in the hotel.

They didn’t ask me if this was OK, it was a statement.

If I had arrived at 10pm for check in to be told I had a disabled room I would of had a vision of the awful room in Newcastle and I would of complained. It would of been frustrating for all.

The hotel here in Nottingham were setting my expectations and I think they did a really good job. I arrived and checked in with no issue as I knew the room would be the same, but the bathroom would be bigger.

You can use this example for late running diaries in the practice. Why not call patients to let them know the dentist is running 10 minutes behind? That way they are over it by the time they arrive and they the chance to make a call / email, pop to the bank, shop etc so after the appointment they can get on with their day.

Talk about it in your next team meeting, it works a treat. 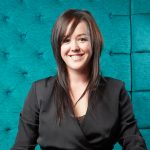