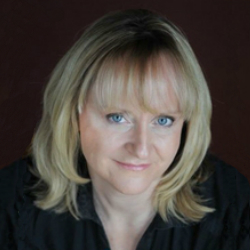 Emma John always wanted to work within dentistry, with no real explanation why, as she had not been encouraged to do so by either family or teachers. Emma left school with a good selection of O Levels and before her results arrived had already written to every dental practice in the area hoping she might be accepted in any part or role in the dental team.

Emma was given an opportunity by a wonderful dentist (who still remains a good friend to this day) to become a dental nurse. She loved her position but had a desire to do more so applied to do dentistry within the Royal Air Force. Emma failed the RAF application process initially but was not prepared to give up and reapplied the following year.  This time she was given what would become another fantastic opportunity as Emma ultimately became promoted and moved into the role of a dental manager for a large team based at RAF Wyton, which was an important flying base in those days.

Marriage and children then required a more settled way of life, or so she thought as her and her husband decided to purchase a practice of their own.  They relocated to Devon in 2001 with three young children and soon realised that working in a practice full of civilian staff would require a variety of management skills that she had never had to utilise previously.

Further education was required and Emma embarked on a 12 month intensive management course, which thankfully paid dividends on so many levels or Emma doubts her career may well have finished at this point.

By 2004 they had a clear vision of where they wanted to be and who they wanted to join in the way of a team. They relocated the practice and had a beautiful new build designed in line with the type of customers they were looking for and which would enable them to give the levels of service they had become so passionate about.

Absolute Dental is now 17 years old and during that time they have seen huge changes within the profession that they have needed to accommodate in our working lives like so many others.

Legislation continues to change and compliance is now a far greater part of dental practice life, however Emma cannot imagine ever doing anything else or indeed wanting to. Emma has learned to embrace change and still likes to rise to the challenges.

When we created Emma’s biography she had just ended a six-week holiday and said “It is a wonderful feeling to know that I have been able to spend time at home with my family knowing I have the most brilliant of support team looking after everything for me”.

If you have any questions for Emma please send them to us via the contact us page!